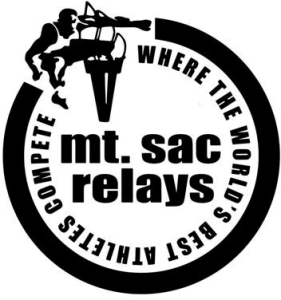 Allyson Felix notched a pair of impressive victories to highlight the Inspiration Games, the Zurich Diamond League organizers’ entertaining and innovative answer to the global coronavirus pandemic that brought together 30 athletes competing in seven venues across two continents on Thursday, July 9.

Felix, competing in Walnut, California, near Los Angeles, kicked off the meeting with a solid victory in the 150 meters and brought it to its conclusion with her anchor leg on the victorious squad in the closing 3 x 100m relay. All without another competitor on the track.

The six-time Olympic gold medalist’s immediate reaction to this first in her storied career?

“Very strange,” she said, with a wide smile. “It’s kind of like practice but not really, with no teammates.”

Running alone, she said, “It’s hard to challenge yourself. But I love this sport so any chance to get out here and run. I’m all about that.”

Action on the tracks kicked off with the women’s 150m, with Swiss star Mujinga Kambundji competing in Zurich, Olympic 400m champion Shaunae Miller-Uibo in Bradenton, Florida, 5,000 miles and six time zones west, and Felix, another 2,500 miles away to her west at the new, historic Hilmer Lodge Stadium.

With track configurations and the camera angles on the synchronized stream varying slightly, it was difficult to follow who was leading until moments before the three approached the finish line. Felix crossed hers first in 16.81, well clear of Miller-Uibo who broke the beam in 17.15. Kambundji clocked 17.28.

Oddly enough, even as they raced from tracks on opposite coasts of the United States, the winds in their respective races were nearly identical. Felix battled a 2.6 m/s headwind and Miller-Uibo a 2.5.

Felix returned to the track to team with Candace Hill and Tianna Bartoletta to collect another dominant victory in the meet-capping 3 x 100m relay, the trio clocking 32.25 ahead of a Swiss team that recorded a 32.50 in Zurich and a Dutch squad that clocked 32.94 in Papendal.

For more on the novel virtual event, continue reading at: worldathletics.org